HEIDELBERG, 05 OCTOBER 2021 – The young Heidelberg-based company HD Vision Systems is expanding its LumiScan Object Handling product family with a new, AI-based version. With LumiScan Object Handling v2, users are able to use AI-based 2D object recognition and handle point determination on demand. This integrates seamlessly with the still available 3D object recognition using light field technology. The update thus enables companies not only to handle shiny metallic objects fast, easy and reliable, but also workpieces that previously could not be automated due to their complexity – such as bulky bagged goods or transparent small parts.

In addition, LumiScan Object Handling v2 offers a number of other features to facilitate setup and work with the sensor software solution even more easily and intuitively. Thanks to dynamic exposure adjustment, time-consuming testing of suitable settings will no longer be necessary in the future. In addition, communication via Profinet and PLC has been improved. Furthermore, the software now supports all common robot conventions. This additionally simplifies the integration of LumiScan Object Handling into existing systems.

If there are several possibilities to grip a workpiece, LumiScan Object Handling now offers to freely select grip priorities per grip. If several gripping routines, robots or cameras are used, the software now also supports this flawlessly. Due to its modular system, LumiScan Object Handling v2 is thus able to support multiple robots or cameras – or to change them during the running process.

LumiScan Object Handling embraces user-friendliness in its DNA. Here, version v2 goes a big step further: In standard mode, users follow detection and gripping processes with a live view as well as a status display of the system connections used. If required, the neural networks used by the AI can even be replaced during operation with a click. Three different options of pre-matched networks for different object types are available.

The password-secured manual mode allows additional adjustments in the detection: Unrecognized objects can be manually drawn in here and exported as collected training data for the optimization of own networks.

The software update for LumiScan Object Handling is available now.

You can also download the full text of the press release here. 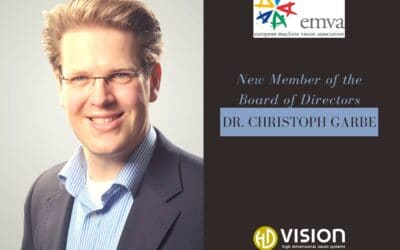 Christoph Garbe becomes a member of the EMVA Board of Directors

Dr. Christoph Garbe, CEO at HD Vision Systems, joins the board of the European Machine Vision Association (EMVA). The members elected Dr. Garbe to its esteemed board of directors, which promotes the...

END_OF_DOCUMENT_TOKEN_TO_BE_REPLACED 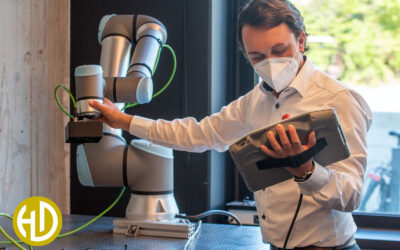 In Machine Vision, many companies are still unfamiliar with the light field. HD Vision Systems is now taking action to change this: The machine vision specialist is now offering a one-day workshop...

END_OF_DOCUMENT_TOKEN_TO_BE_REPLACED 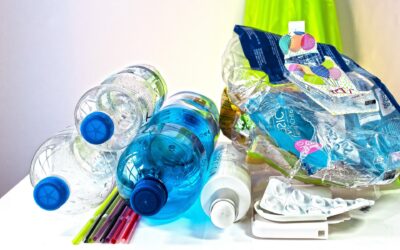 Reducing packaging waste and reusing it sustainably: With this goal in mind, HD Vision Systems is working together with the technology company Polysecure GmbH, the Karlsruhe Institute of Technology...