No two machine vision solutions are alike. And that’s a good thing – after all, the conditions of no two tasks are identical. But how can this be combined with standardized cameras and systems? When it comes to complex automation tasks, the term “proof of concept” usually comes up. Today we will show you why you should also use a PoC for your next task and how it works in machine vision.

Proof of Concept – another technical term? The aim of a PoC, as it is commonly abbreviated, is to obtain a precise impression of the project, the effort involved and its feasibility by preparing a feasibility study or implementing a first section in a major project. Only with these results is the actual project implemented, adapted or cancelled.

In this respect, the proof of concept stands for the review of the original project idea. This is because pitfalls are often found not only in the actual project planning, but also in the objectives, definition or the technical and business requirements. A PoC helps to identify these problems at an early stage in order to save time and money by avoiding them.

Not uncommon: PoC in machine vision

A test series to check project-critical properties in advance – this qualifies the PoC perfectly for industrial machine vision. This is because vision systems are very susceptible to a wide range of influences. In addition to ambient light and other light influences, sensor technology, structure and processing of incoming data are also potentially failure-prone factors. The sheer number of these factors makes it clear that detailed planning is not necessarily enough. If it is a critical large-scale project, the proof of actual feasibility gains additional importance.

In addition, there is often a known, functioning setup for an machine vision and automation task. But this cannot be used due to local conditions. A ceiling height that is too low, stray light from an adjacent robot cell, or challenging environmental conditions in the factory floor may require rescheduling. Even an expert cannot always conclusively assess whether the recording quality is still given after fundamental changes. The proof of concept helps to eliminate these uncertainties.

This makes a feasibility study an effective tool for limiting investment risks. Rarely does a PoC come to nothing and conclude that a project is simply unrealizable. In most cases, the testing phase will reveal stumbling blocks and difficulties. These can be identified during the ongoing PoC and subsequently banished. Due to its small scope, the costs for such a change in the PoC are in no way comparable to those of a major project already in implementation.

In order for the proof of concept for an image processing task to be successful, some basic principles must be observed. In this way, the client and the customer will find optimal conditions for jointly completing a successful machine vision project – for quality inspection, for example. 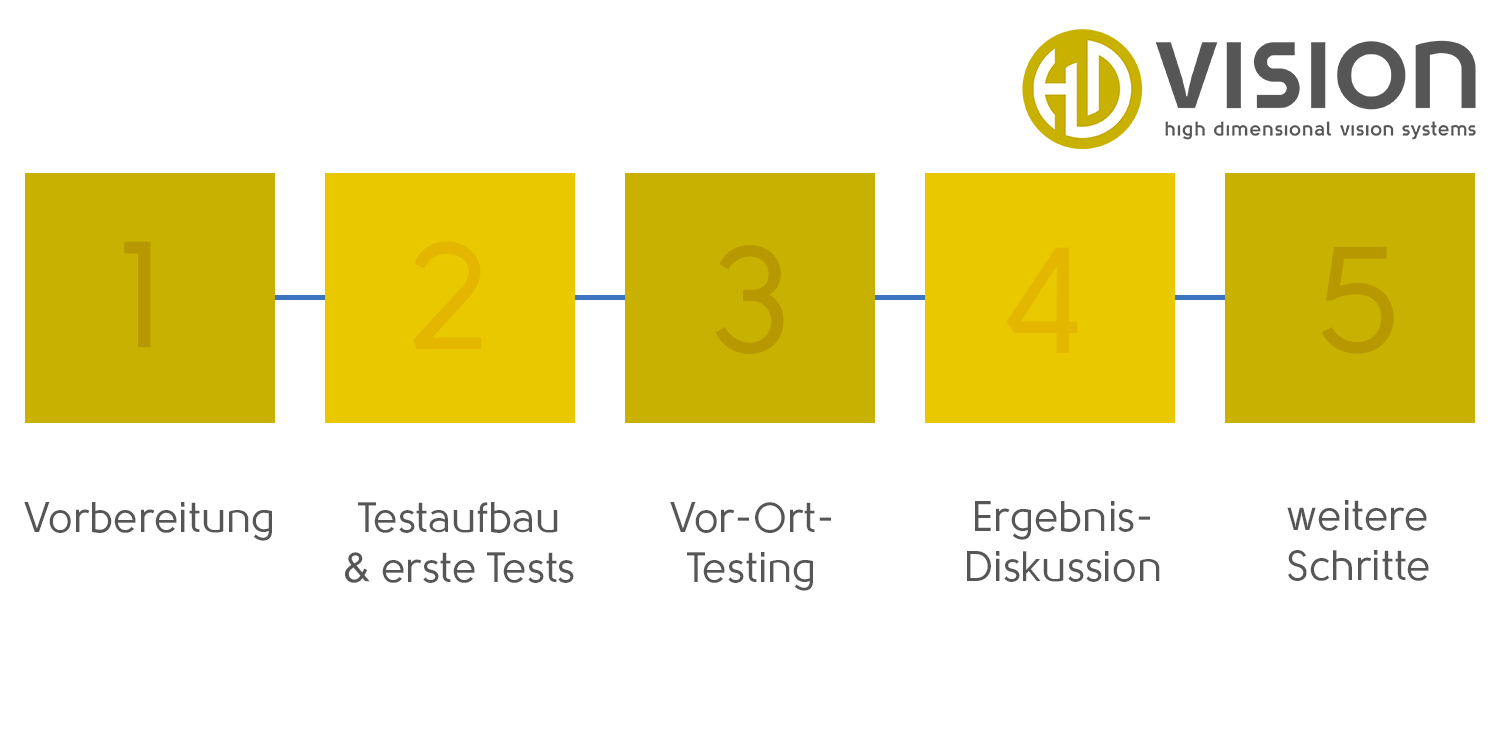 A PoC is divided into at least 4, usually 5 building blocks – whereby on-site testing may be omitted depending on the imaging situation. In many cases, however, it is appropriate to include local conditions as well.

At the beginning of the PoC, it is imperative that all parties involved define the milestone objectives. This additionally includes an exact definition of the desired solution as well as its functions and non-functions. It should also be followed by a timeline.

As soon as the specifications for the proof of concept have been established, the implementation can begin. The selected service provider first requests a selection of workpieces in order to design a test setup with them in its own optics laboratory. These measures are guided by the specifications; local conditions are imitated as closely as possible.

The first setup rarely turns out to be ideal. For this reason, the optics laboratory is already continuously testing and evaluating the quality of the images. From these interim results, they make further assumptions and check them directly in modified test setups.

In some cases, such extensive testing in the optics laboratory may be sufficient. This is particularly the case if the conditions in the subsequent factory hall are optimal. In all other cases, further on-site testing follows. But only when the PoC team is satisfied with the results from the optics lab do they make an appointment for on-site testing.

If the results from the optics lab are correct, the development team will seek an on-site appointment. The aim of this visit to the client’s premises is to test the theoretical development for its practicality under actual conditions. Depending on the effort and test parts, this part can take one to three days. If possible, clients should always allow the possibility to test in the actual workshop. A hall on the other side of the factory premises may have different lighting conditions or even lighting. In case of doubt, a test on the company premises with factory equipment is preferable to the failure of such a test.

However, on-site tests are not only intended to verify lighting conditions. They also provide an important insight into the compatibility of all components. It is not uncommon for two systems to be compatible on paper – but in reality, some additional tricks and measures are required.

If serious problems or fundamental changes arise from the on-site situation, it may be necessary to test again in the optics lab, followed by another factory visit. While this may delay the PoC, it will help ensure that the overall project is completed successfully.

In most cases, the on-site visit is followed by validation of the concept. The service provider presents the finalized concept for the particular vision solution. If there were any changes, they should be discussed now and applied to the project plan. Critical aspects of the setup that would be relevant for future changes, for example, should also be addressed now. Cancellation of the project – for example, due to excessive costs – may also be a possible outcome.

If the result stands, the actual proof of concept is completed. Now it is a matter of integrating the PoC back into the larger project. This is best done by reviewing and, if necessary, adapting the original project plan again. Once these steps have also been completed and accepted, nothing stands in the way of final implementation.

5 Steps to Your Detailed Point Cloud

Recording a point cloud is usually the first step in inspecting, grasping, measuring or representing real objects as a 3D object. As with cooking, the same applies here: The better the starting...

END_OF_DOCUMENT_TOKEN_TO_BE_REPLACED 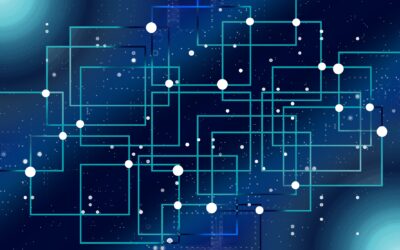 Photonics – an innovative and dynamic technology field with bright prospects

Dr. Andreas Ehrhardt is managing director of Photonics BW, the innovation network for optical and quantum technologies in Baden-Württemberg, and deputy board member of OptecNet Deutschland. As a...

END_OF_DOCUMENT_TOKEN_TO_BE_REPLACED 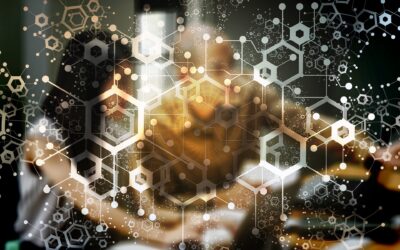 Making every day work easier with a PLC

The use of robots in industry has many advantages. Their utilization speeds up processes, makes them more precise and allows plants to run 24/7. In order to integrate robots into a production line,...